The Velvet Underground wreaked havoc at their first gig after hooking up with Warhol, playing "Heroin" with a film of a torture scene with a man tied to a chair. In front of the movie danced a real, whip-wielding guy, Gerard Malanga. The group's friend Barbara Rubin filmed the psychiatrists, at the same time confronting the 350-strong audience with embarrassing questions about their personal sexual behavior. "It was ridiculous, outrageous, painful," said Dr. Harry Weinstock in the New York Times. 'Everything that's new doesn't necessarily have meaning. It seemed like a whole prison ward had escaped.' "You want to do something for mental health?" asked another psychiatrist. "Kill the story." 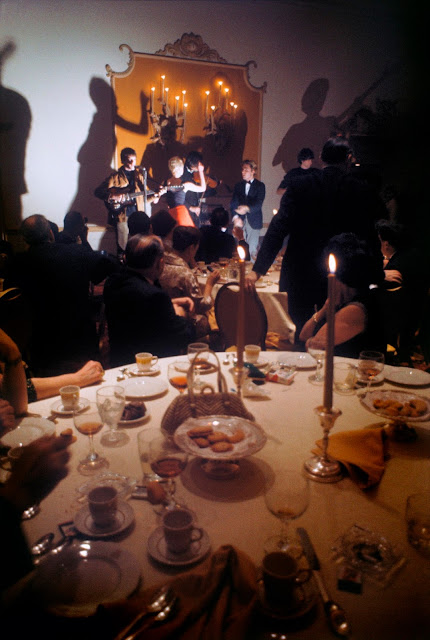 John Cale, Welshman, and former member of seminal rock band the Velvet Underground was interviewed in the Guardian:


… what about the night Andy Warhol got the Velvet Underground to play a convention of psychiatrists at Delominco’s steak house? The psychiatrists were appalled. “That was revenge – Lou’s revenge,” Cale says, “and I was all for it.” As a teenager, Reed had been given electric shock treatment to “cure” him of homosexuality. “Lou and I were going to put out a record with his psychiatrist’s letter on one side and my arrest record* on the other,”

On January 13 1966, Warhol was invited to be the evening’s entertainment at the NY society for Clinical Psychiatry’s forty thir- annual dinner, held at Delmonico’s Hotel. Bursting into the room with a camera, as the Velvet Underground acoustically tortured the guests and Gerard Malanga and Edie Sedgwick performed the ‘whip dance’ in the background, Rubin taunted the attending psychiatrists. Casting blinding lights in their faces, Rubin hurled derogatory questions at the esteemed members of the medical profession, including: ‘What does her vagina feel like? Is his penis big enough? Do you eat her out? As the horrified guests began to leave Rubin continued her interrogation: ‘Why are you getting embarrassed? You’re a psychiatrist; you’re not supposed to get embarrassed. The following day the NY Times reported on the event; their chosen headline, ‘Shock treatment for psychiatrists’, reveals the extent to which Rubin’s guerrilla tactics had inverted the sanctioned relationship between patient and doctor expert and amateur. 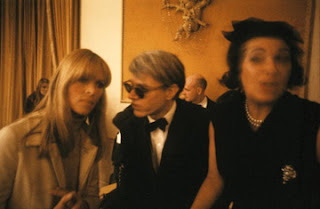