On Narcissism (German: Zur Einführung des Narzißmus) is a 1914 essay by Sigmund Freud, widely considered an introduction to Freud's theories of narcissism. 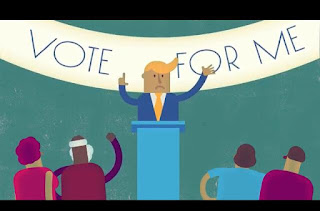 In this paper, Freud sums up his earlier discussions on the subject of narcissism and considers its place in sexual development. Furthermore, he looks at the deeper problems of the relation between the ego and external objects, drawing a new distinction between the 'ego-libido' and 'object-libido'. Most importantly he introduces the idea of the 'ego ideal', and the self- observing agency related to it. Freud also looks briefly at his controversies with Carl Jung and Alfred Adler, indeed one of his motives for writing this was probably to show that the concept of narcissism offers an alternative to Jung's non-sexual 'libido' and Adler's 'masculine protest'.


"Classical theory distinguishes between primary narcissism, the love of self which precedes loving others, and secondary narcissism, love of self which results from introjecting and identifying with an object. The latter is either a defensive activity or attitude, since it enables the subject to deny that he has lost the introjected object, or part of the developmental process. A major difficulty of the concept is that, on the one hand, the word 'narcissism' has inescapable disparaging overtones, while, on the other hand, it is used as a technical term to categorize all forms of investment of energy (libido) in the self. Hence the not infrequent references to 'healthy narcissism' to distinguish proper selfrespect from 'over-valuation of the ego'."

― Excerpted from A Critical Dictionary of Psychoanalysis


Echo and Narcissus, the myth of the mountain nymph