Ten concepts for debate. Ten proposals to understand, explain and update the legacy of a revolution and its impact on language. Psychoanalyst Jorge Alemán chose ten ideas on Freud, ten threads from which to pull and unravel the most burning topics in current psychoanalysis. From the “response” of Love to the “split” of the Subject. 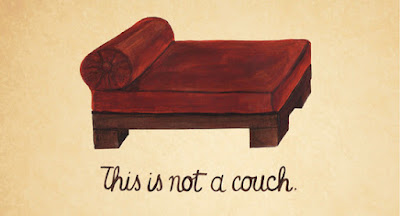 LOVE. Love is not the common ground that reunites two beings. It is the response built -between two beings- to veil the impossible relation which, at the level of the drive, remains. By concealing the impossible, true love reveals it.

SCIENCE. Psychoanalysis is not a science, but not because of an epistemological deficit whatsoever, since it deals with that which science must exclude in order to constitute itself as such. It is a reform of the limits of reason, “a frontier reason” open to what escapes meaning: the unconscious, slips, dreams, the subjective symtpm, the phantasy.

TREATMENT. In the analytic cure it is not about adaptation, or about re-establishing a balance, or increasing “self-esteem”. Freud would have conceived of these as narcissistic operations and therefore impoverishing of subjective experience. It is rather, once morbid symptoms and inhibitions have been dealt with, about “knowing-how” to do with the incurable that inhabits each one of us. It is elevating the incurable symptom to the dignity of a style of life.

DISCOURSE. Rather than saying it all, a push the market knows well how to realise, psychoanalysis is the invitation to realise, via speech, the experience of the impossible to say. The analytic cure is the discovery of a different silence.

OEDIPUS. The Oedipus is not the “blah, blah” that narrates the love and misfortunes of the child and his or her parents. It is the singular myth that in each one of us narrates the impact of language (which always precedes us) on this life emerging in the world. It is the torrent of statements, proper names, wishes, promises, expectations, grievances, debts, guilt, ideals, awaiting the living being even before s/he is born. Thanks to the Oedipus, the speaking being will not feel the product of an anonymous desire, but neither will s/he find, in the auspices of his or her birth, a foundation able to give meaning, to make sense of his or her existence.

THE REAL. Whereas reality puts us to sleep, the real, which lacks a name, wakes us up. It may erupt at any instant as a figure of trauma, anxiety or the uncanny, and the subject defends itself against it through rituals, fantasies of control, obsessions, delusions. However, the subject may face the real with a different kind of dignity, if s/he assumes his or her relation with the unconscious.

MODERNITY. A man of science, Freud was a modern enlightened. But it was in the experience of the cure called psychoanalytic, that he encountered a series of problems which questioned the ideals of his time. Thus, to the ideals of progress and improvement he opposed the idea of a “drive residue” to which we remain fixated and which is never overcome; the idea of a “repetition compulsion”, which returns at different stages in various disguises. Likewise, to the utopias of realisation and fulfilment, he opposed the irreducible discontent in Civilization.

WOMAN. It was through women that Freud got news about unconscious truth, that truth emerging by surprise, which is half-said and which objects any universal definition. Psychoanalysis is the attempt to theorise the way in which “it speaks” in the feminine voice. From there, “phallocentrism” was de-centred and sexuality was “de-hierarchized”; heterosexuality became one practice among others, and no longer the ultimate value of sexuality.

DRIVE. Drive is not instinct. It is the “accursed part of the instinct”, the one made ill by language and forever altered by it. While instinct knows what its object is (hunger-food), the drive aims at erratic and contingent objects, which confirm its autistic and headless satisfaction.

SUBJECT. The subject is neither consciousness, nor reflection, nor the ego. It is an incurable split, an originary and structural fracture which must choose itself through its desires. Consciousness, reflection, the ego, are fictions attempting to suture an inaugural wound, that of the subject of the unconscious. Attacked as “Jewish science” by the Nazis, as “bourgeois science” among the Stalinists, maligned by the Anglo-Saxon schools, the duty to think about this split subject returns to Europe and Latin America thanks to Jacques Lacan. 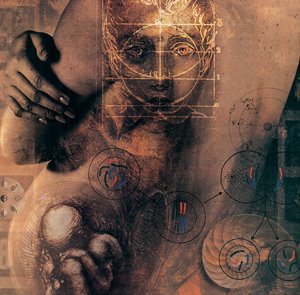 
The Language of Psychoanalysis by Jean Laplanche & Jean-Bertrand Pontalis