“Psychoanalysis was a short-lived comic book published by Entertaining Comics (EC) in 1955, the fifth title in its New Direction line. The bi-monthly comic was published by William Gaines and edited by Al Feldstein. Psychoanalysis was approved by the Comics Code Authority, but newsstands were reluctant to display it. It lasted a total of four issues before being canceled along with EC’s other New Direction comics. 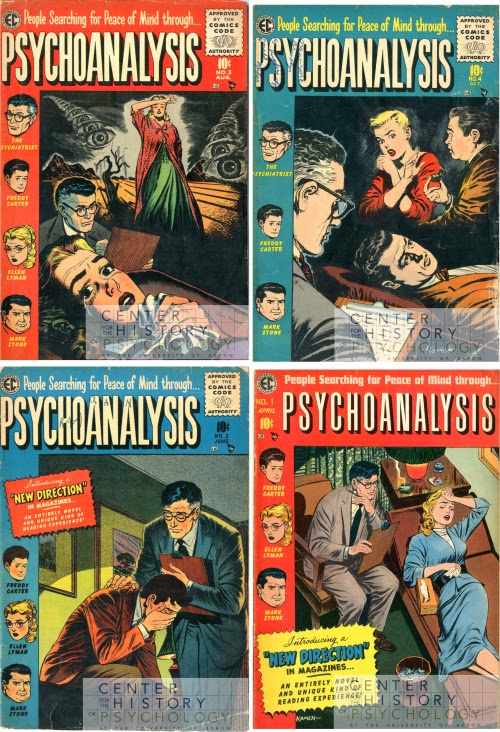 The comic featured three patients, Freddy Carter, Ellen Lyman and Mark Stone, who were undergoing psychoanalysis. The analyst was the central character. He was never named, simply listed as The Psychiatrist. Ellen Lyman did not appear in the fourth and final issue, having been cured in the third issue.”

Here is a summary of one of the nameless psychoanalyst’s patients and her rapid progress:

Issue #1: Ellen is clearly a very anxious person. She is also troubled by a recurring dream. This dream, which is incredibly detailed, recounts young Ellen trying to get into a walled garden. A kilted Scotsman bars the way and won’t let her enter until she passes a written exam. She fails the exam, but sneaks into the garden anyway, only to find it is dead and barren.

Issue #2: Ellen Lyman was an anxious young woman who had a recurring dream of a empty garden. The psychiatrist explained that the dream meant that she was jealous of her older sister and wished her harm. In this issue, Ellen comes to the office complaining that her life is hopeless. She knocked over the water cooler at work and her boss yelled at her. This reminded her of her father. Digging deeper, the psychiatrist discovers that her father often yelled at Ellen, and her mother routinely ignored her in favor of her older sister. During childhood, Ellen had a couple of accidents that landed her in the hospital. Much like Freddy’s psychosomatic asthma, the doctor informs Ellen that she caused these accidents herself trying to gain the attention of her parents. Furthermore, her other symptoms are due to the fact that she feels guilty because she blames herself for the fact that her parents always fought. The psychiatrist informs her that this is all nonsense, her parents simply did not love each other and it was never her fault. “Oh doctor!” says Ellen. “I feel as if a great weight has suddenly been lifted from my shoulders!”

Issue #3: Ellen Lyman believes that she is ugly and unlikable despite the fact that she is quite beautiful and friendly. By interpreting her dream of standing before a hallway of full length mirrors in a prom dress, the psychiatrist is able to deduce that the only person who considers Ellen ugly is herself. The reason Ellen is unable to have a meaningful relationship is that she does not like or love herself. This revelation strikes Ellen like a thunderbolt and thanks to the doctor’s insight, Ellen announce that she is ready to love herself and start dating. The doctor pronounces her cured. 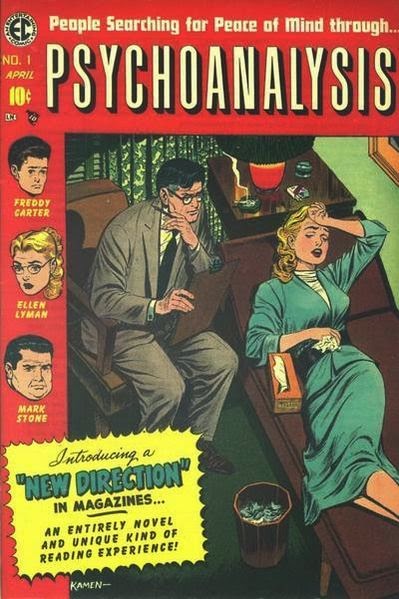 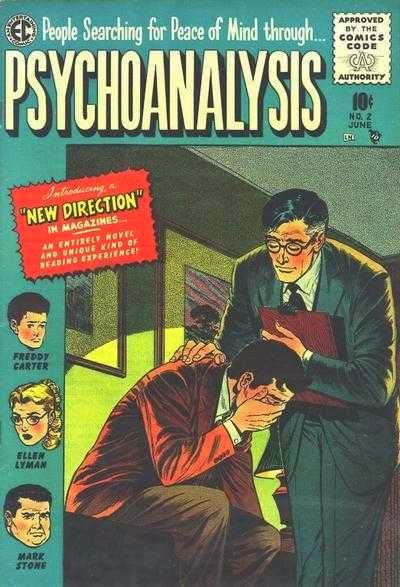 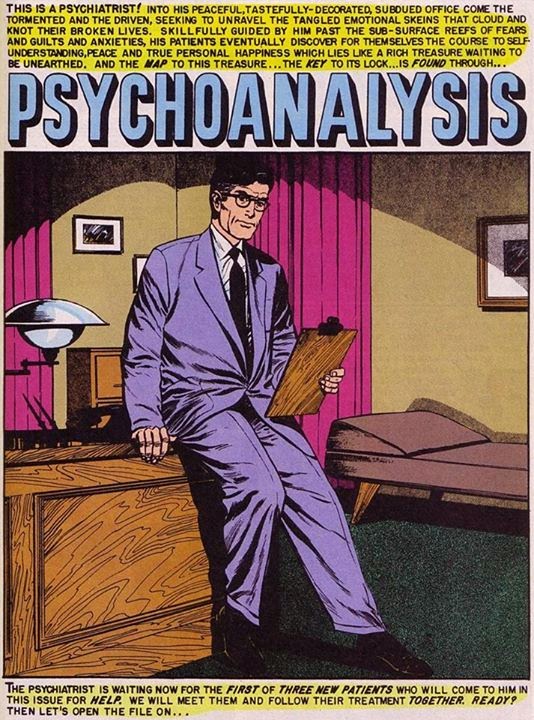 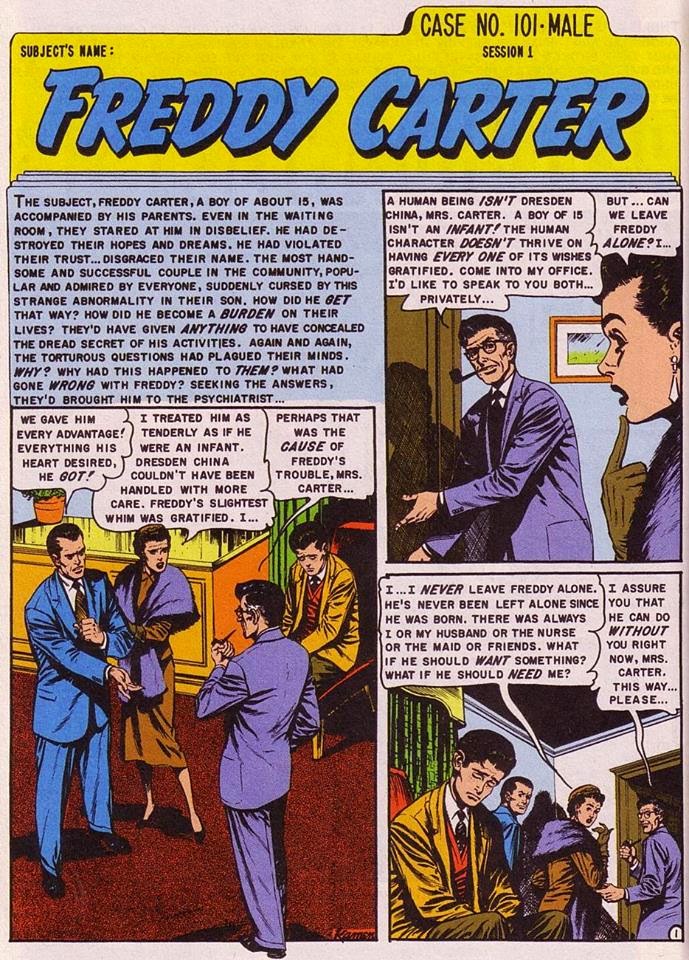 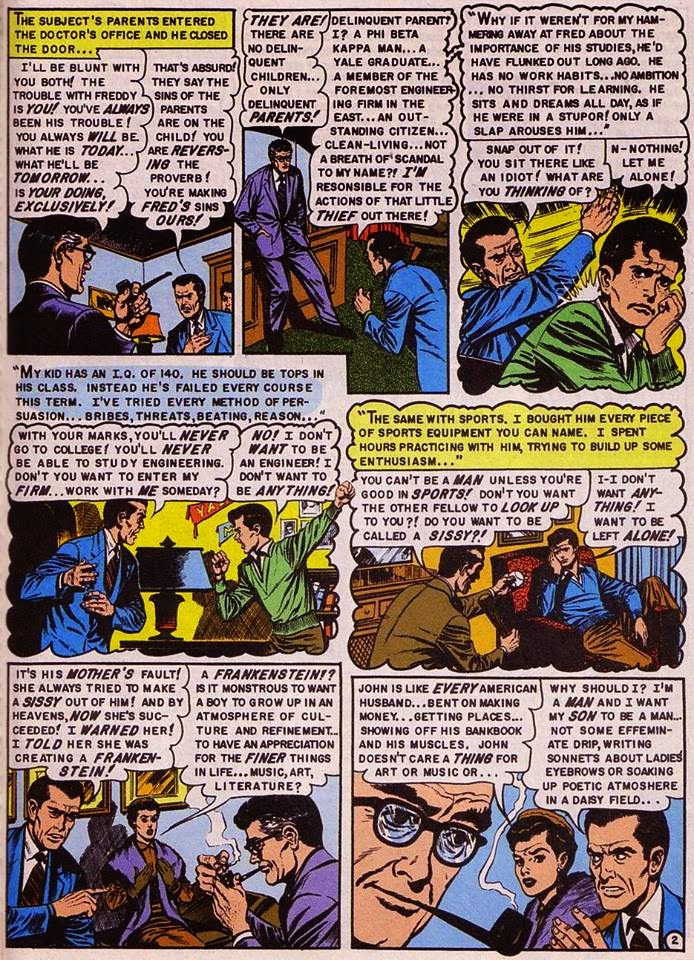 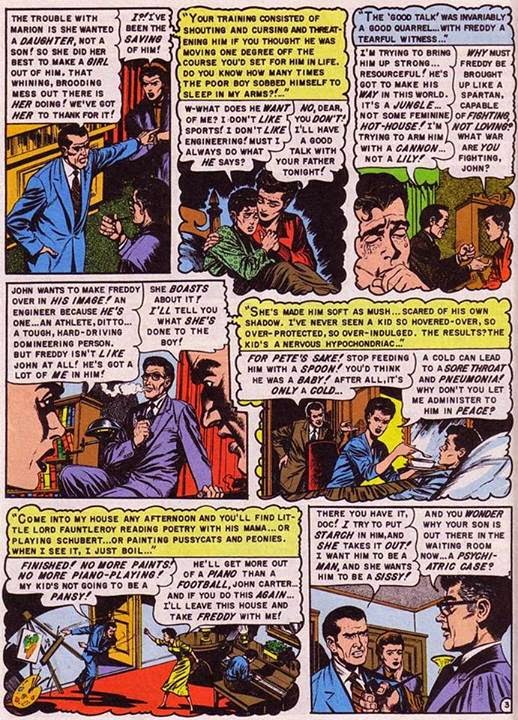 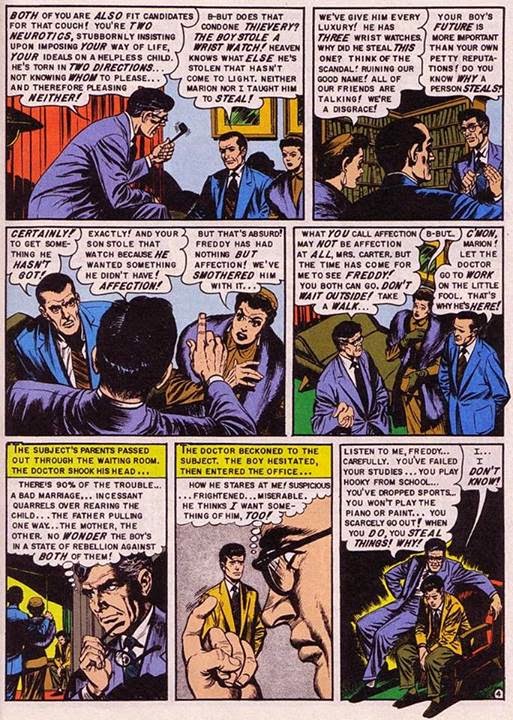 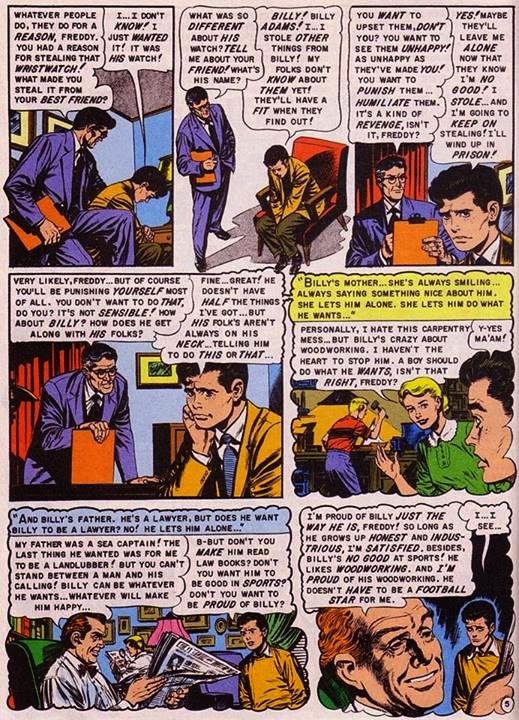 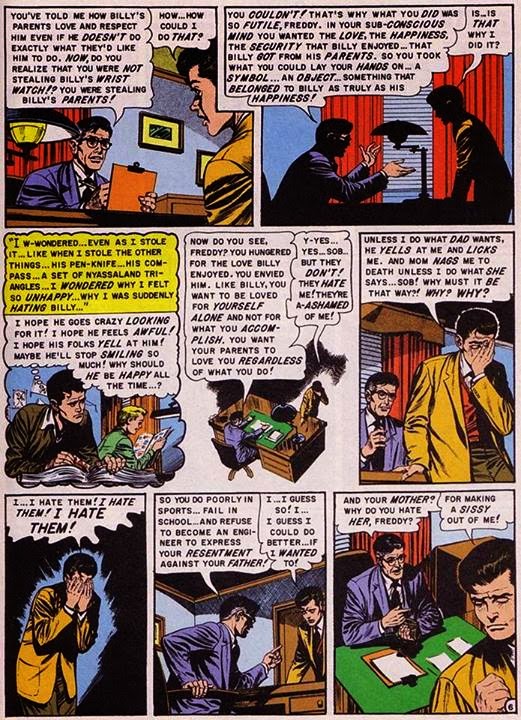 See also Freud’s Life and Legacy, in a Comic 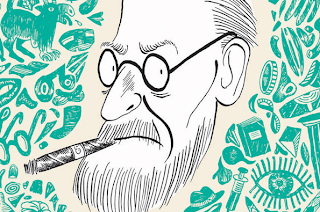 •
Neurocomic: A Graphic Novel About How the Brain Works 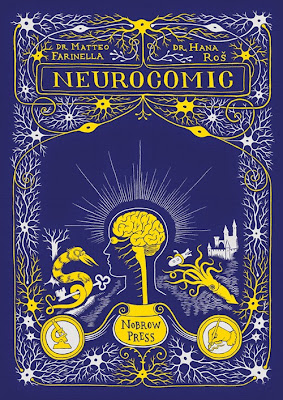