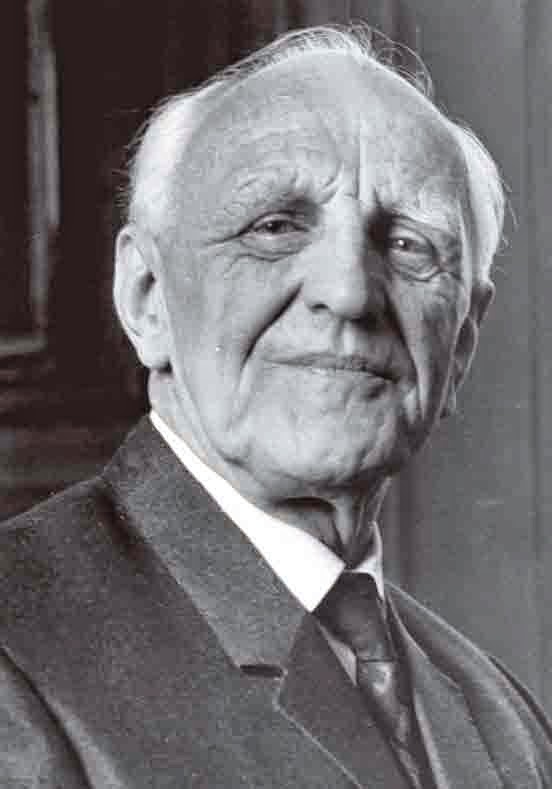 “What is a normal child like? Does he just eat and grow and smile sweetly? No, that is not what he is like. The normal child, if he has confidence in mother and father, pulls out all the stops. In the course of time, he tries out his power to disrupt, to destroy, to frighten, to wear down, to waste, to wangle, and to appropriate . . . At the start he absolutely needs to live in a circle of love and strength (with consequent tolerance) if he is not to be too fearful of his own thoughts and of his imaginings to make progress in his emotional development.”
― Donald Woods Winnicott, Deprivation and Delinquency 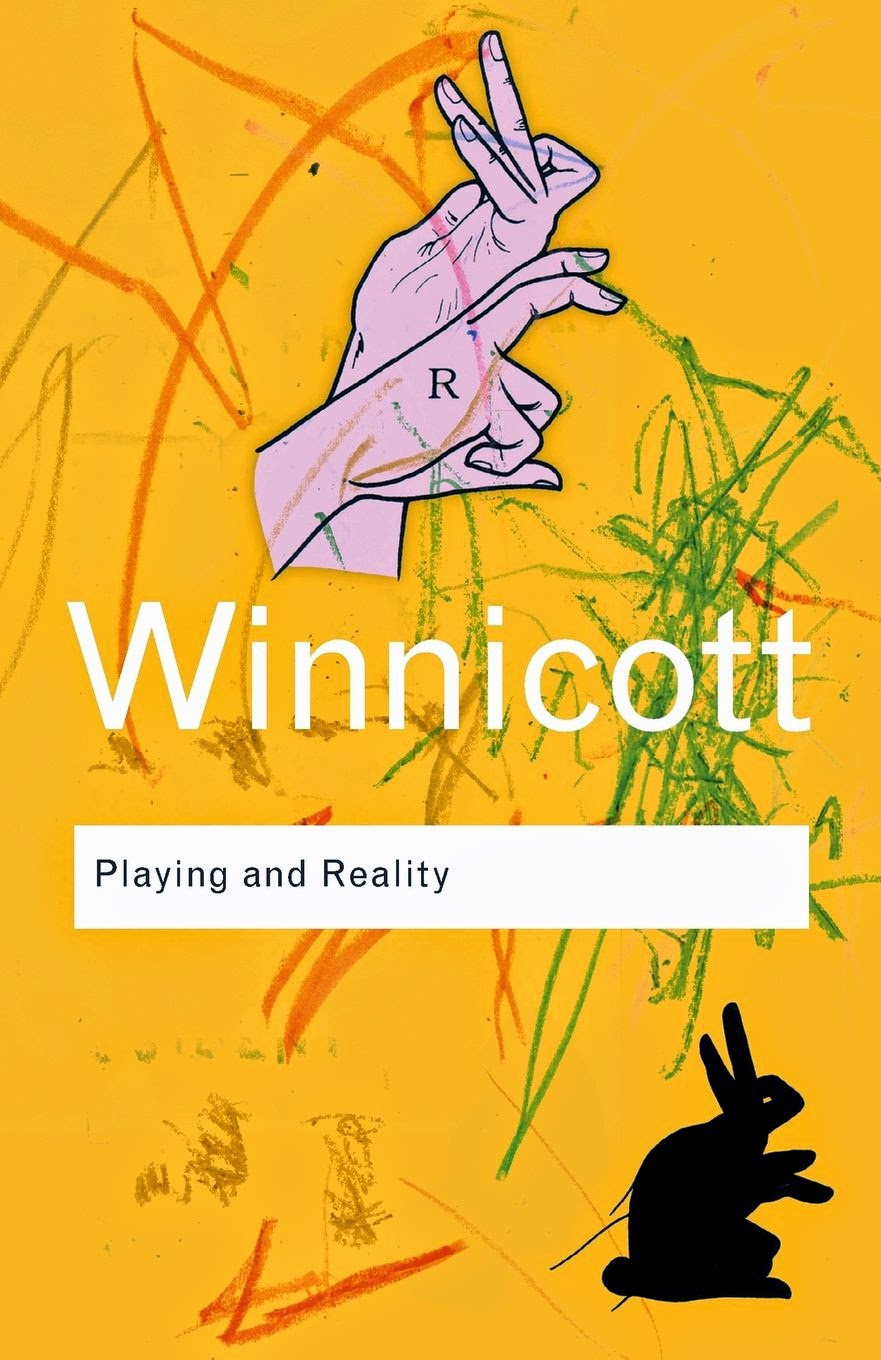 "Psychotherapy takes place in the overlap of two areas of playing, that of the patient and that of the therapist. Psychotherapy has to do with two people playing together. The corollary of this is that where playing is not possible then the work done by the therapist is directed towards bringing the patient from a state of not being able to play into a state of being able to play.
― Donald Woods Winnicott, (from "Playing: Its Theoretical Status in the Clinical Situation," 1971)"


"The place where cultural experience is located is in the potential space between the individual and the environment (originally the object). The same can be said of playing. Cultural experience begins with creative living first manifested as play."
― Donald Woods Winnicott, (from "Playing: Its Theoretical Status in the Clinical Situation," 1971)


"...every failed analysis is a failure not of the patient but of the analyst."
― Donald Woods Winnicott, (from "Clinical Varieties of Transference," 1955-56)


"It is sometimes assumed that in health the individual is always integrated, as well as living in his own body, and able to feel that the world is real. There is, however, much sanity that has a symptomatic quality, being charged with fear or denial of madness, fear or denial of the innate capacity of every human being to become unintegrated, depersonalized, and to feel that the world is unreal."
― Donald Woods Winnicott, (from "Primitive Emotional Development," 1945)


"If we are to become able to be the analysts of psychotic patients we must have reached down to very primitve things in ourselves."
― Donald Woods Winnicott, (from "Hate in the Transference," 1947)


"When symbolism is employed the infant is already clearly distinguishing between fantasy and fact, between inner objects and external objects, between primary creativity and perception."
― Donald Woods Winnicott, (from "Transitional Objects and Transitional Phenomenon," 1951)


"The good-enough mother...starts off with an almost complete adaptation to her infant's needs, and as time proceeds she adapts less and less completely, gradually, according to the infant's growing ability to deal with her failure..."
― Donald Woods Winnicott, (from "Transitional Objects and Transitional Phenomena," 1951)


"One has to include in one's theory of the development of a human being the idea that it is normal and healthy for the individual to be able to defend the self against specific environmental failure by a freezing of the failure situation. Along with this goes an unconscious assumption (which can become a conscious hope) that opporunity will occur at a later date for a renewed experience in which the failure situation will be able to be unfrozen and reexperienced, with the individual in a regressed state, in an environment that is making adequate adaptation. The theory is here being put forward of regression as part of a healing process, in fact, a normal phenomenon that can be properly studies in the healthy person."
― Donald Woods Winnicott, (from "Metapsychological and Clinical Aspects of Regression within the Psychoanalytic Setup," 1954)


"In the cases on which my work is based there has been what I call a true self hidden, proteceted by a false self. This false self is no doubt an aspect of the true self. It hides and protects it, and it reacts to the adaptation failures and develops a pattern corresponding to the pattern of environmental failure. In this way the true self is not involved in the reacting, and so preserves a continuity of being. However, this hidden true self suffers an impoverishment that derives from lack of experience."
― Donald Woods Winnicott, (from "Clinical Varieties of Transference," 1955-56)


"The patient makes use of the analyst's failures. Failures there must be, and indeed there is no attempt to give perfect adaptation..."
― Donald Woods Winnicott, (from "Clinical Varieties of Transference," 1955-56)


"Maternal failures produce phases of reaction to impingement and these reactions interrupt the 'going on being' of the infant. An excess of this reacting produces not frustration but a threat of annihilation. This in my view is a very real primitive anxiety, long antedating any anxiety taht includes the word death in its description."
― Donald Woods Winnicott, (from "Primary Maternal Preoccupation," 1956)


"The first ego organization comes from the experience of threats of annihilation which do not lead to annihilation and from which, repeatedly, there is recovery."
― Donald Woods Winnicott, (from "Primary Maternal Preoccupation," 1956)


"With the care that it receives from its mother each infant is able to have a personal existence, and so begins to build up what might be called a continuity of being. On the basis of this continuity of being the inherited potential gradually develops into an individual infant. If maternal care is not good enough then the infant does not really come into existence, since there is no continuity of being; instead the personality becomes built on the basis of reactions to environmental impingement."
― Donald Woods Winnicott, (from "The Theory of the Parent-Infant Relationship," 1960)


"...the true self does not become a living reality except as a result of the mother's repeated success in meeting the infant's spontaneous gesture or sensory hallucination."
― Donald Woods Winnicott, (from "Ego Distortion in Terms of True and False Self," 1960)


"The true self comes from the aliveness of the body tissues and the working of body functions, including the heart's action and breathing. It is closely linked with the idea of the primacy process, and is, at the beginning, essentially not reactive to external stimuli, but primary."
― Donald Woods Winnicott, (from "Ego Distortion in Terms of True and False Self," 1960)


"...it is only in recent years that I have become able to wait and wait for the natural evolution of the transference arising out of the patient's growing trust in the psychoanalytic technique and setting, and to avoid breaking up this natural process by making interpretations. It will be noticed that I am talking about the making of interpretations and not about interpretations as such. It appals me to think how much deep change I have prevented or delayed in patients in a certain classification category by my personal need to interpret. If only we can wait, the patient arrives at understanding creatively and with immense joy, and I now enjoy this joy more than I used to enjoy the sense of having been clever. I think I interpret mainly to let the patient know the limits of my understanding. The principle is that it is the patient and only the patient who has the answers."
― Donald Woods Winnicott, (from "The Use of an Object and Relating Through Indentifications," 1969)


"...there are many patients who need us to be able to give them a capacity to use us."
― Donald Woods Winnicott, (from "The Use of an Object and Relating Through Identifications," 1969)


"The potential space between baby and mother, between child and family, between individual and society or the world, depends on experience which loeads to trust. It can be looked upon as sacred to the individual in that it is here that the individual experiences creative living."
― Donald Woods Winnicott, (from "The Location of Cultural Experience," 1967)